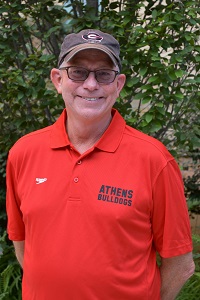 As a veteran of Jack Bauerle’s University of Georgia swimming staff, Harvey Humphries brings over thirty years of coaching experience to the Athens Bulldog Swim Club. After lettering in all four years of his swimming career at UGA, being named team captain as a senior, and graduating from the University of Georgia with a degree in Microbiology, the Little Rock, Arkansas native took up coaching, and the story has been one of swimming success ever since.

Aside from playing an integral part in the recent accomplishments of the UGA Men’s and Women’s swim teams, Harvey has turned ABSC from a small, local swim program into a clearinghouse for the some of the south’s top talent. Under his guidance ABSC swimmers have won numerous individual titles at the Georgia State Meet, Southern Sectionals, Junior Nationals, Senior Nationals, and the World University Games. Because he has been able to coax such results from his relatively small band of swimmers, Harvey has garnered for himself an impressive array of individual coaching honors.

He has served in the past as a coach for USS select camps, the U.S. National Team Distance Camp, and the U.S. Olympic Festival team. His colleagues have more than once voted him Georgia Senior Coach of the Year, and he was recently inducted into the Arkansas Swimming Hall of Fame. He is a Level 5 Coach, which is the highest level of certification given by the American Swim Coaches Association.

Harvey, and his wife Wendy, live in Athens.  His son, Billy, works for the Athletic Association of the University of Texas.  His daughter, Pirie, was a four year letter winner at Georgia Southern University and currently works in Austin, Texas as a realtor. 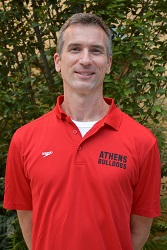 Since arriving in Athens in 1989, Jonathan Foggin has dived head-first into Georgia swimming. Originally from Knoxville, Tennessee, Jonathan was lured away from the Volunteer state by the prospect of swimming with Coaches Jack Bauerle and Harvey Humphries at the University of Georgia. After a four year letterman’s career, during which he was named 1993 UGA Scholar Athlete of the Year, Jonathan joined the ABSC staff as Dawgs coach, and has been developing young talent ever since.

He has served multiple times as the camp director for the Georgia LSC Catch the Spirit Camps, and has worked as an assistant at the Jack Bauerle Swim Camp. His own swimmers have earned National Age Group Top 16 ranking, won individual events at the Georgia Age-Group State Meet, held Georgia Age-Group State records, and under Coach Humphries’ continued tutelage, have gone so far as to win individual events at Senior Sectionals, Junior Nationals, and compete at Division I NCAAs. In his current capacity as Head Age Group Coach, Jonathan oversees the Gups, Pups and Dawgs.

Jonathan has a Ph.D. in English Literature from the University of Georgia. He also runs a small publishing company and is a minister in the Anglican church. Jonathan, his wife, Clayton, and their children, Will, Charlotte, and Henry, live in Athens. 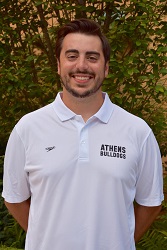 An avid swimmer growing up, Mike Radford competed at the Junior National Level, and was a four-year letter winner and Senior Captain of the North Cobb High School swim team. After graduating from high school and ostensibly leaving swimming behind him, Mike moved to Athens in 2011 to attend UGA. That led him to apply for a job with ABSC, where he was hired and assigned to assist long time Developmental Coach, Kevin Taylor, as an assistant to the Pups group.

He has an American Swim Coaches Association Level 2 certification in stroke technique, and has worked as a coach of the Georgia Zone team on three separate occasions. Mike served as the Associate Head Coach of the Bishop Park Dolphins summer league team for two summers, and is currently the Head Coach of the Oconee Club Stingrays. In the fall of 2015, he assumed the role of Lead Developmental Coach for ABSC, and has been overseeing the progression of our developmental groups ever since. In his time at ABSC, Mike has coached numerous top-10, and top-3, and state and Northeast Divisional champions.

Mike holds a degree from UGA in Social Studies Education and is now coaching full time with ABSC. Mike and his wife Devon live in Athens, and their first daughter, Wells, was born in March 2020. 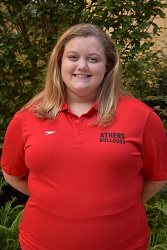