Each Month ABSC recognizes one swimmer from each practice group as our “Deli Dawg” swimmer of the month.

The Deli Dawg award goes out to a swimmer in each practice group who demonstrates leadership, teamwork, a strong work ethic, and good meet results. Swimmers who overcome some sort of adversity or achieve an excellent performance in a meet receive strong consideration.

We’ve been keeping track of the winners of the award each month, and will continue to update you as we go.

Snowy weather couldn’t prevent ABSC from burning up the pool at the Senior State meet in Atlanta this past weekend!

ABSC placed seventh overall out of the roughly 40 teams that appeared in the meet, and Ryan Wylie and Charlie Logan lead the way for the Dawgs. Just like the UGA football team performs well at Georgia Tech, ABSC swimmers do the same!

The Dawgs got things started on the first day of the meet with four swimmers placing in the top 25 in the 200 freestyle. Jackson Harvin placed 2nd overall in the event with a blazing 1:40.93 at finals, less than 1 second away from the Junior National time. Logan placed 3rd overall in 1:41.74, and Wylie came fourth in 1:42.25. Personal bests for all three. John Morgan McDonald also finaled in the event, coming 25th with a 1:45.50, improving upon his old lifetime best of a 1:46.

Not surprisingly, those four men combined to place 3rd overall in the 4×200 freestyle relay. McDonald improved upon his individual time by splitting a 1:44.27 on his leg of the relay.

While every ABSC swimmer in the meet performed well, Ryan Wylie and Charlie Logan each accomplished something very noteworthy to lead the team at the meet!

Wylie lit up the pool this weekend, placing 2nd overall in the meet in the 1000 yard freestyle. This is impressive for two reasons: First, he’s only 14-years-old and this is a senior level meet, meaning the vast majority of his competition was 15-18 years old. Second, his time of 9:36.10 was the fastest time in the nation this year for a 14 year-old, marking the second time he’s posted a nation-topping time this year.

Logan’s meet was particularly impressive as he picked up his first short course Junior National Qualifying time in the 200 backstroke, with a time of 1:50.29. Charlie had qualified this summer for the same event during the long course season. He went on post personal best times in all but one event on the weekend, and he placed 2nd place overall in scoring for the men’s High Point award at the meet!

ABSC rounded out the meet with strong showings from each of the following athletes that attended:

When the schools let out, ABSC keeps on going! The Holiday training schedule can be one of the most important and productive times in the season training cycle! As such, the Gups, Pups, Superpups, Dawgs, Senior 2, Senior 1, and masters groups will have some opportunities to train.

Every year, Georgia Swimming (the local governing body of ABSC) releases it’s list of All-Stars within the LSC. The list of 2016/2017 Swimmers is in, and ABSC has a great showing of athletes!

ABSC’s convenient placement in the alphabetical order of clubs has our swimmers listed at the top! To see all of ABSC’s 2016/2017 All-stars, click here: ABSC All-star Swimmers.

** NOTE ** Many UGA Swimmers and post-graduate professional swimmers are listed on our club list, as a number of them register with our club through USA Swimming once they come to college. They do this so that they can continue training in Athens year-round, or keep training in Athens once they graduate college.

An “All-Star” swimmer according to Georgia Swimming is one that accomplishes a AAA time or faster, according to the Motivational Time standards released by USA Swimming. That faster include:

Out of the big list above, the following swimmer are 18&under swimmers that currently swim for ABSC, or current college-aged swimmers that grew up swimming with our club:

Congratulations to our 2016/2017 All-star Swimmers, and here’s to many more moving forward. Go Dawgs!

The 2017 ABSC T-shirts are RED, and every ABSC swimmer will receive one. That being said, what if you want more than one red shirt? What if you want a different color, or parents/siblings/friends want a T-shirt?

You’re in luck! Make sure to download the order form here: T Shirt Order Form 2017-2018. We are also offering sweatshirts for sale this year, so make sure to check out that order form!

For the standard shirt that every swimmer receives, coaches will be collecting t-shirt sizes this week at practice. To help the coaches out, take a moment and fill out this google form: T-shirt Size Form.

Thanks, and Go Dawgs! 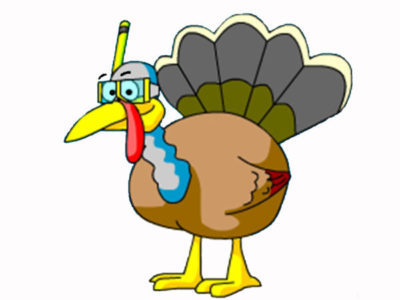 The 2017 Thanksgiving Holiday break is upon us, so it’s time to examine what each practice group will be doing for the Holiday break.

*** NOTE *** There have been some additions and amendments since the break was first mentioned in the update email last week on Halloween.

Thanks everyone, and please let the coaching staff know if you have any questions or concerns. Go Dawgs!

Ryan – also known as “Rhino” by some of his coaches and teammates – went on to win every event he swam in the 13-14 age group over the weekend, posting personal best times in 5 out of 8 events.

But “Rhino” wasn’t the only one posting fast swims for the Dawgs this weekend.

Charlie Logan of the Senior 1 group placed no lower than 3rd overall in all 8 of his events on the weekend, including 3 first place, and 4 second place finishes.

Simon Casey of the Dawgs group placed no lower than 3rd overall in each of his 12&under events, including first places finishes in the 500 free and 100 back. Eileen Brook of the Dawgs won five 11-12 year-old events on the girls side, including a very fast 1:05.76 in the 100 backstroke.

10-year-old Ansley Nunally took first place in four out of 6 10&under events on the weekend, including a blazing fast 31.84 in the 50 fly which is a top-5 time in the state this year. She placed 2nd in her other two events!

It was a great weekend of swimming for the Dawgs, and here’s to more awesome swims at our next meet, the ASL Fall Invitational in Augusta!

The 2017 Swim-a-thon is upon us! It will be taking place on Sunday, November 5th from 4-6 PM at the Ramsey Center! But what is the Swim-a-thon? Fundraiser? Yes! Team bonding? Yes! A time for the coaches to be goofy? Absolutely! A chance for prizes? You know it!

Is the Swim-a-thon mandatory?

What is the deadline to turn in money?

How can I turn in my money?

What are the prizes?

When should I arrive and what should I bring? 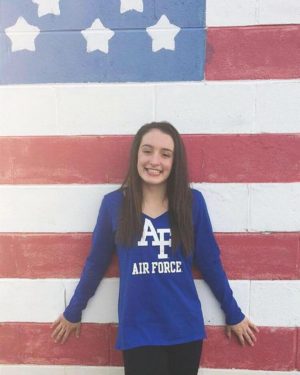 With Aidan Brook from ABSC’s 2017 Class making it on to the Georgia Tech Yellow Jackets Swim Team a few weeks ago, ABSC’s 2017 Senior Class now has 5 swimmers participating on college teams!

Did you know, over the last four years ABSC has had 20 swimmers sign with college swim teams? That’s right at 5 Seniors per year going on to swim in college after their time with ABSC. Of those 20, there are 16 that are still currently swimming on college rosters! Here they are, by their year of eligibility in college:

There are three former ABSC swimmers currently coaching for ABSC as well! Dylan Kalessa, Emma Lowring, and Hannah Scarbrough are all coaching for us this year. Even those that don’t swim in college often stay connected to the sport in one way or another!

Here’s to more good things to come with our program, and good luck with our current high school Seniors!

What is ABSC’s Deli Dawg night, and who get’s to be a Deli Dawg?

Every year ABSC’s team gathers together once monthly to have dinner together, and honor our swimmers. That tradition will continue again this year as we bring back our popular Deli Dawg Nights!

On a given Monday each month, ABSC coaches will nominate one swimmer from each group to be the “Deli Dawg Swimmer of the Month.” The Deli Dawg swimmers are selected by their coaches based on the following criteria:

The first Deli Dawg Night of our 2017/2018 season is Monday, Oct. 23rd. We weren’t able to have a Deli Dawg night in September this year due to hurricanes and other weird circumstances, but we’ll be starting up in October!

At the beginning of practice, the coaches will gather the swimmers together and explain why each swimmer is receiving the Deli Dawg award that month. The swimmer will receive a free meal pass to Jason’s Deli on the spot!

Then, the swimmers will have an abbreviated practice, and will make their way over to Jason’s Deli where we’ll all eat as a team! Logistical Details will be sent out to the team next week.

See you at the Deli!